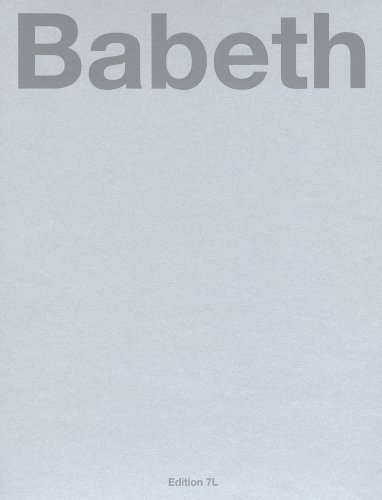 Babeth
by Babeth Djian
Publisher's Description
“The French fashion editor Elisabeth Djian, who goes by the more wholesome-sounding Babeth, can often be found sitting, arms crossed, in the front row. She has the intimidating look of a French madam, heightened by stiletto booties, a wink of a black bra and a laugh as free as salt. There’s a knowing quality about her without an eagerness to reveal herself. I once asked Djian what her life was like in the 1980’s when, as the fashion director of the influential little magazine Jill, she captured, and created, the ultra-feminine look of that era. Her answer sailed as cleanly as anarrow over my bow. ‘Lovers,’ she said”. Cathy Horin in The New York Times.