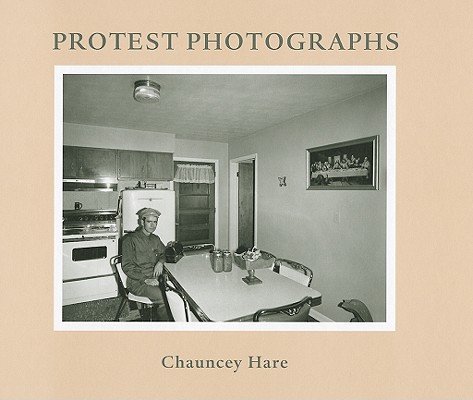 Protest Photographs
by Chauncey Hare
Publisher's Description
Chauncey Hare does not define himself as a photographer, but rather as an engineer, a family therapist and, above all, a protester. In his fast-paced introduction to this volume, Hare recounts a life devoted to protest. He describes his keen identification with the people whose homes he photographed throughout the late 60s and early 70s, and his refusal to betray them by selling his photography. He tells of his struggles to have his photographs accepted by the art world, and relates his abusive childhood, and the difficulties of his work life as an engineer at a major oil company and at the U.S. Environmental Protection Agency. Protest Photographs contains twice as many images as his two earlier books, Interior America (1977) and This Was Corporate America (1984).
ISBN: 3865214959
Publisher: Steidl
Hardcover : 373 pages
Language: English
Dimensions: 9.7 x 11.6 x 1.6 inches