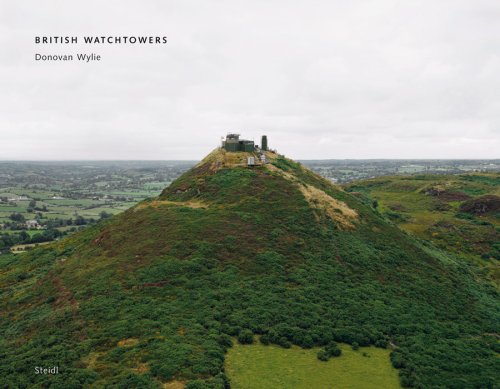 British Watchtowers
by Donovan Wylie
Publisher's Description
Observation, whether by the human eye or the eye of a surveillance camera, requires an architectural structure that elevates the viewer into a position of advantage. The system of Iron Age hill forts, built across Britain from around 500 B.C., used natural promontories to survey the surrounding landscape; 2000 years later the British army used a similar system of watchtowers to survey the occupied territories of Northern Ireland. These high tech towers, constructed in the mid 1980s, primarily in the mountainous border region of South Armagh, were landmarks in a 30-year conflict in and over Northern Ireland, euphemistically called 'The Troubles.' The Towers were finally demolished between 2003 and 2007 as part of the British government's 'demilitarization' program for Northern Ireland. For over a year Donovan Wylie photographed these towers, working entirely from an elevated position enabled by military helicopter, observing the observers and ensuring that their actions were not forgotten.
ISBN: 3865214991
Publisher: Steidl
Hardcover : 76 pages
Language: English
Dimensions: 9.2 x 11.8 x 0.5 inches