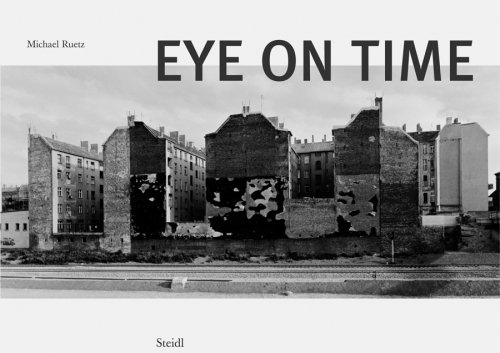 EYE ON TIME
by Michael Ruetz
Publisher's Description
Since the 1960s, Berlin-based Michael Ruetz has photographed hundreds of urban scenes and landscapes throughout Europe. His works make time and transience visible. In Berlin, he traced the effects of political and societal upheaval on architecture and public space-buildings appeared and disappeared, vacant lots and gardens were developed, Marx-Engels-Platz was renamed Schlo platz while Potsdamer Platz was transformed from a no-man's land into a high-rise district, all of which caused Berlin's skyline to rapidly transform-a destabilizing event for a city's inhabitants. Ruetz's series of photographs are like short films that develop over a long period of time-landscape and cityscape become timescape. This monograph is a time-lapse document that bears witness to how architecture shapes and reshapes our habitats and how interpretation triumphs over our perception.
ISBN: 3865215777
Publisher: Steidl
Hardcover : 360 pages
Language: English
Dimensions: 0 x 0 x 0 inches