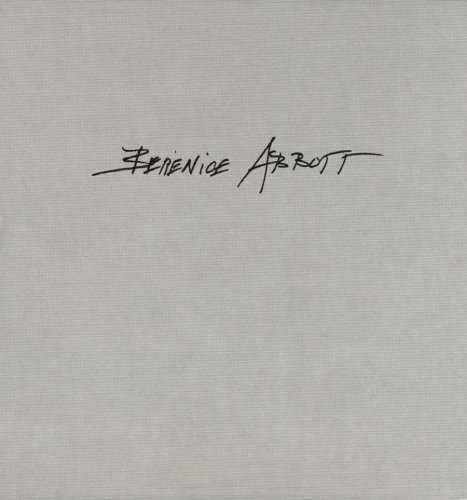 Berenice Abbott
by Berenice Abbott
Publisher's Description
Berenice Abbott is one of the most significant figures in photography and her accomplishments in the field were more wide ranging than any of her contemporaries. Berenice Abbott not only offers a comprehensive retrospective of her complete oeuvre, encompassing all the primary projects she undertook in her 60 year career, but also presents this work in context with her other accomplishments: inventor, author, teacher and photo historian. This two volume book is the definitive publication on the life and work of one of the masters of the photographic medium.

Volume I contains Abbott’s portraits beginning in Paris in the 1920s. They include many of the most notable and influential writers, artists, politicians and personalities of the day. Less known aspects of her work are also well represented, such as her images of the American Scene including her ground breaking US Route 1 project and her Portrait of Maine in the 1960s.

Also in Volume I is Abbott’s final major undertaking considered by many to be her crowning achievement – documenting science. It consumed her from 1939 to1961, culminating with three triumphant years at the Massachusetts Institute of Technology, producing work of astounding beauty and clarity for the Physical Science Study Committee.

Volume II is devoted to her photographs of New York. The monumental project Changing New York documenting the physical and social changes of the city in the 1930s is supplemented by her photographs prior to and after that work as well as those of Greenwich Village in 1947/1948.
ISBN: 3865215920
Publisher: Steidl
Hardcover : 548 pages
Language: English
Dimensions: 12.3 x 13 x 2.7 inches