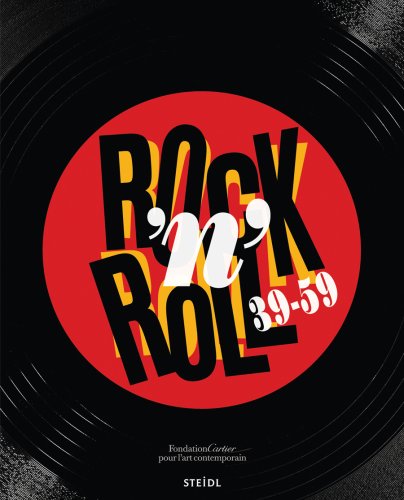 Rock N Roll 39-59
by Charlie Gillett
Publisher's Description
Snare drum backbeat plus electric guitar: the simple formula that launched the rock star, and contemporary teen culture along with it. Today, rock ‘n’ roll seems to define postwar American culture, especially in its impact abroad. Though its inception is often imagined as sudden and seismic, it was, of course, a gradual and complex transition from boogie-woogie to the stardom of Elvis Presley and Bill Haley. A thorough survey of rock ‘n’ roll’s bloodline would even reach back as far as 1939, a time when the electric guitar’s role was mostly played by piano or saxophone. Rock ‘n’ Roll 39-59 does this, with the assistance of some of the genre’s finest photographers. Bruce Davidson, Wayne Miller, Robert W. Kelley, Esther Bubley, Eve Arnold and Ernest C. Withers are all here, amid a wealth of visual props, including priceless period posters, records, rare souvenirs, photographs and film stills, and indices of the movement’s key venues, events, artists, producers and people. This book describes a lively mess of genres, from boogiewoogie to blues, gospel, big band jazz, country and, most of all, rhythm and blues—interbreeding against a backdrop of colossal social change, and culminating in the rock ‘n’ roll explosion of the mid-1950s. Conversations between Alain Dominique Perrin and Gregg Geller.
ISBN: 3865216099
Publisher: Steidl
Hardcover : 432 pages
Language: English
Dimensions: 0 x 0 x 0 inches