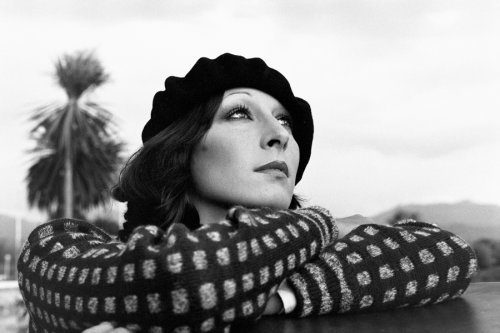 Is That So Kid
by David Bailey
Publisher's Description
David Bailey was the model for the swinging playboy photographer in Michelangelo Antonioni’s classic 1966 film, Blow-Up. Born in London in 1938, Bailey had, by 1960, become the first celebrity photographer—known especially for his revolutionary work for Vogue, and for the fact that he socialized with actors, musicians and royalty. His many influential books include, Trouble and Strife (1980), Nudes (1984), If We Shadows (1991), The Lady Is a Tramp (1995) and Rock ‘n’ Roll Heroes (1997). Bailey’s Box of Pin-Ups (1964)—a box of posters of London celebrities like Terence Stamp, The Beatles and the notorious East End gangsters, The Kray Twins—remains an extremely influential publication for its then-odd close cropping of the subjects’ heads, which has since become a common technique in fashion photography, in order to give the illusion that the model is larger than life. In 1973, Bailey did all his major fashion shoots for British Vogue with actress and, at that time, occasional model, Anjelica Huston. This irresistible volume chronicles the duo’s fiery photographic collaboration. The title, Is That So Kid, is borrowed from Huston’s father, film director John Huston’s, trademark retort.
ISBN: 3865216323
Publisher: Steidl
Hardcover : 84 pages
Language: English
Dimensions: 10.2 x 12.8 x 0.6 inches