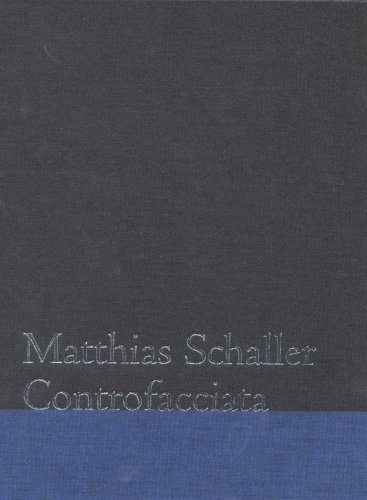 Controfacciata
by Matthias Schaller
Publisher's Description
German-born photographer Matthias Schaller discovered the architectural phenomenon of the controfacciata (counter-façade)—a sort of hall or corridor built out from the first floor of a building—while exploring the palaces along the edges of Venice’s canals. From 2004 to 2007, he centered his lens on the twilit windows inside these spaces, which imbue the musty elegance of the busts, furniture and paintings that fill them with an ethereal glow, while simultaneously muting all color. In this series, made in the quarter between Ponte di Rialto and Piazza San Marco, Schaller captures the faded grandeur of earlier days, offering tantalizing glimpses of passages that lead to unknown rooms and silent histories. The photographs were made from a direct elevation perspective, highlighting the length of space between Schaller’s camera and the light-flooded windows that lead to the water’s edge. Controfacciata presents an original view of this city, imbued with the haunting tension and the bittersweet paradox that is Venice.
ISBN: 3865216749
Publisher: Steidl
Hardcover : 68 pages
Language: English
Dimensions: 8.4 x 10.7 x 0.5 inches