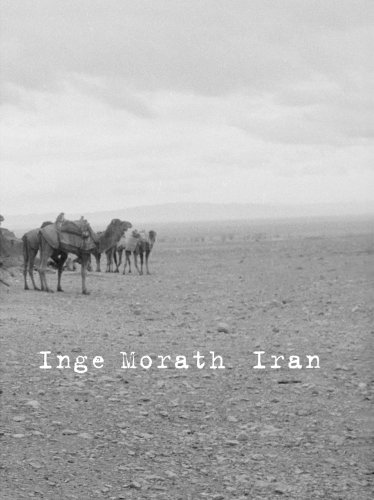 Iran
by John P. Jacob
Publisher's Description
In 1956, Inge Morath (1923-2002) traveled to the Middle East for Holiday magazine. She wore the traditional chador and traveled alone most of the time. It was difficult to photograph there as a woman,' she later recorded. In this body of work, Morath's subjects range from politics and religion to work and commerce, from the shah's palace to the nomad's tent to Zoroaster's sacred shrine. She photographed Iran with the keen vision of an anthropologist, examining religious rituals, costuming, work, sport, music, art and theater in order to document 'the continuity-or lack of it-between past and present,' as she later put it. Morath's work in Iran presaged her later work in Spain, China and Russia, creating an extensive document of the clash between modernity and tradition in the postwar Middle East. Retrospectively, Inge Morath: Iran recalls a land and a culture that have been profoundly transformed since the Iranian Revolution of 1979. It is a window into the past that provides a singular and timely perspective on Iran in the present.
ISBN: 3865216978
Publisher: Steidl
Hardcover : 350 pages
Language: English
Dimensions: 9.8 x 12.6 x 1.2 inches