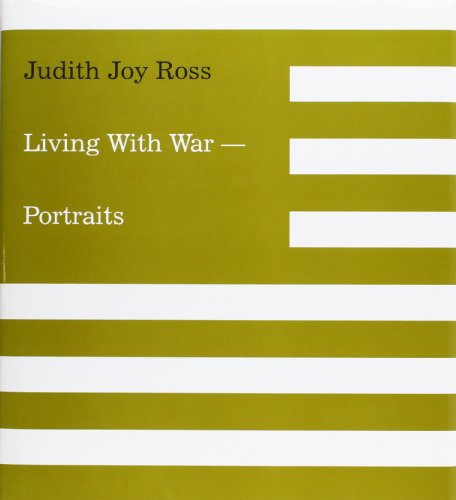 Living With War - Portraits (English and German Edition)
by Judith Ross
Publisher's Description
Living With War contains three series of Judith Joy Ross’ portraits of American citizens. Each series is from a different era and each is linked to a specific USA war mission during the past 30 years. The most recent pictures present people who demonstrated in 2006 and 2007 against American involvement in the war in Iraq. The second series was made more than 15 years earlier of soldiers who were photographed shortly before their initial deployment in the first Gulf war. The earliest body of work is from 1983 -1984 and were made at the Vietnam Veterans' Memorial in Washington. It shows individual portraits of visitors paying tribute to the victims of war in Southeast Asia. Ross’ work does not impose a political stance or judgement but simply and emphatically emphasises the irreplaceable nature of every individual.
ISBN: 3865217176
Publisher: Steidl
Hardcover : 164 pages
Language: English
Dimensions: 9.7 x 11.8 x 0.7 inches