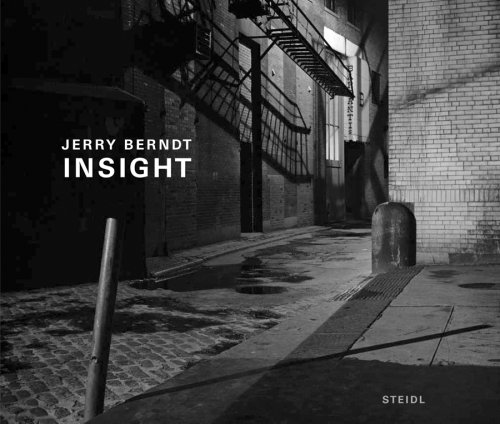 Insight
by Jerry Berndt
Publisher's Description
Over a four decade career Jerry Berndt has created a remarkable body of work which straddles the usual divide between spontaneous documentary photography and conceptual artworks. He works with single images, sequences and series, almost exclusively in black-and-white. Berndt first achieved public acclaim with his work Combat Zone (1967–1970), which documented life in Boston’s red-light district. In Nite Works at the beginning of the 1970s, Berndt set commercial iconography of the day-to-day world against the psychology of nocturnal moods in a series of night views of American and European cities. With his series on the anti-Vietnam War movement and on homelessness in America in the early 1980s, he put his finger on the unsolved conflicts of his country. This book focuses on Berndt’s work from the 1960s to the 1980s.
ISBN: 3865217257
Publisher: Steidl
Hardcover : 248 pages
Language: English
Dimensions: 11.6 x 9.8 x 1 inches