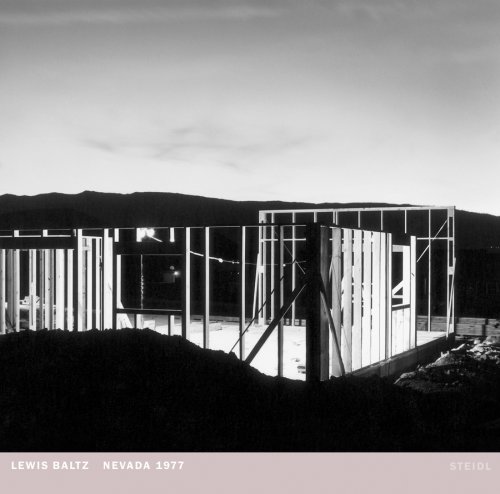 Lewis Baltz: Nevada 1977
by Lewis Baltz
Publisher's Description
This project has been postponed by the publisher and is due in August 2010.

In 1990, The New York Times critic Andy Grundberg noted of California-born photographer Lewis Baltz-who came to prominence as part of the New Topographic movement of the late 1970s-that, 'Although Lewis Baltz's pictures can be as dry as the desert and no more inviting, he is capable of making photographs of rare sublimity.' Nevada is a project made with the assistance of the John Simon Guggenheim Foundation in 1977, which marked Baltz' initial interest in the 'empty quarter'-America's intermountain West. Nevada, until recently, was the West's (and perhaps America's) most overlooked state, a nearly unpopulated wasteland of gambling and nuclear testing. In this succinct work, Baltz uses the sunny emptiness of the Nevada landscape as a metaphor for human isolation and solitude. This volume includes a text by former Los Angeles County Museum of Art curator of photography, Robert Sobieszek.
ISBN: 3865217567
Publisher: Steidl Photography International
Paperback : 56 pages
Language: English
Dimensions: 0 x 0 x 0 inches