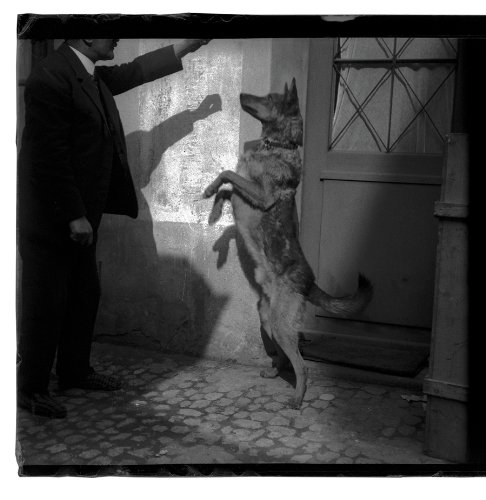 Father Photographer
by Robert Frank
Publisher's Description
Robert Frank’s father, Henry,was both the proprietor of a bicycle shop in Zurich, and a keen amateur photographer. Album makes public for the first time a selection of Henry Frank’s photographs, including landscapes, family portraits, still-lifes and cityscapes.When Robert Frank emigrated to the United States in 1947, a wooden box containing his father’s stereophotographs was one of the few objects he brought with him. In 2008, that box and the fragile photographic glass plates within it were handescorted to Steidl in Göttingen, Germany, where they were scanned in tri-tone in preparation for this book. Designed by Robert Frank, Album reveals Henry Frank to be a talented photographer, a keen traveler and an enthusiast of modern means of transport. This intimatelydesigned photo album is a revelation of the unknown photographer Henry Frank, and a historical photographic document of the early twentieth century, as well as a new chapter in Robert Frank’s ongoing bookmaking.
ISBN: 3865218148
Publisher: Steidl
Hardcover : 88 pages
Language: English
Dimensions: 5.7 x 6.7 x 0.5 inches