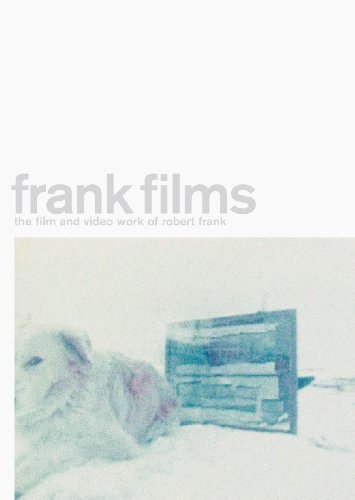 Frank Films - The Film and Video Work of Robert Frank
by Burger-Utzer; Grissemann
Publisher's Description
On the heels of Steidl’s DVD releases of Robert Frank’s films, and as a part of their impressive ongoing project to make all of Frank’s output available, Frank Films redresses the imbalance of critical attention paid to his work in cinema— an oeuvre as esteemed among cinephiles as his photography is elsewhere. Frank turned to filmmaking towards the end of the 1950s, interrupting his swift rise to fame after The Americans. Frank describes “a decision: I put my Leica in a cupboard. Enough of lying in wait, pursuing, sometimes catching the essence of the black and the white, the knowledge where God is. I make films. Now I speak to the people in my viewfinder.” Never content to walk the same path twice, he has approached each of his 27 films as a new experience, so that his films have proved difficult to categorize, especially in their amalgamation of documentary, fiction and autobiography. Frank Films presents essays by Amy Taubin, Philip Brookman, Stefan Grisseman, Thomas Miessgang, Kent Jones, Michael Barchet, Pia Neuman and Bert Rebhandl, an interview with Allen Ginsberg and essays by various authors examining each film and video in detail. Visually, Frank Films provides a unique approach to the work, since—at his request—only new stills made from videotapes have been used for reproduction.
ISBN: 3865218156
Publisher: Steidl
Paperback : 272 pages
Language: English
Dimensions: 6.8 x 9.5 x 0.8 inches