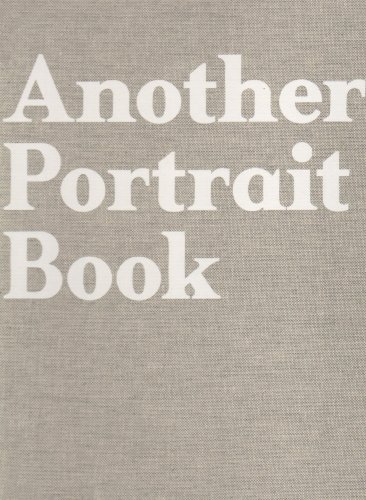 Another Portrait Book
by Jefferson Hack
Publisher's Description
At the vanguard of fashion, design and art, Another Magazine has, over the past decade, become known for its signature fusion of fashion photography and classic portraiture: a sultry Uma Thurman, for instance, half of her face covered with a delicate butterfly mask, or Christina Ricci defiantly taking a pair of scissors to her own ponytail. Published bi-annually, each cover is instantly iconic, featuring portraits of cultural figures as they’ve never been seen before. Another Portrait Book includes a stellar selection of these celebrity shots—Nicole Kidman, Jodie Foster, Jude Law and Gwyneth Paltrow among them, as well as portraits of figures from the worlds of music, literature and art, such as Gore Vidal, Björk, Lucian Freud, Patti Smith, Marianne Faithful and Kate Moss, captured by the world’s most iconoclastic photographers. Another Portrait Book is the second of a threevolume set published by the popular periodical. Following Another Fashion Book, this edition will in turn be followed by Another Art Book, to be released in the spring of 2010. This Another Books series is edited by Jefferson Hack, co-founder of the Dazed Group, which publishes Dazed & Confused, Another Magazine and Another Man.
ISBN: 3865218423
Publisher: Steidl
Hardcover : 272 pages
Language: English
Dimensions: 9.7 x 12.2 x 1.2 inches