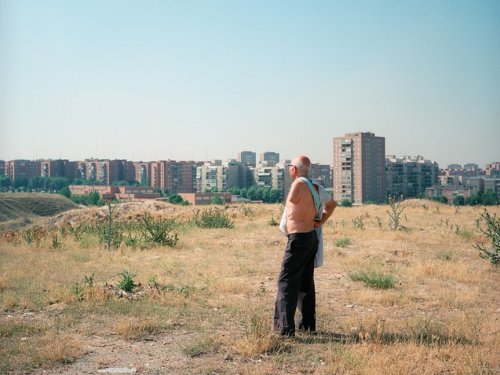 Paul Graham
by Russell Ferguson
Publisher's Description
A pioneer in the reinvention of contemporary photography as art photography,' Paul Graham was one of the first photographers to bring the possibilities of color to the genre of social documentary as we now understand it. His work in the early 1980s prompted photographers like Martin Parr to switch to color, and a new style of photography soon evolved in the works of Richard Billingham, Tom Wood, Simon Norfolk, Jem Southam and many others. Since then, Graham has continued to push the envelope, demonstrating a commitment to expanding photography's artistic space, and to the unity of documentary and artistic considerations in an unblinking engagement with life as it unfolds. Today, he ranks alongside figures like Nan Goldin, Andreas Gursky, Philip-Lorca diCorcia and Rineke Djikstra as a precursor and an eminence. Graham's most recent volume, A Shimmer of Possibility (published in 2007 and already a collector's item-and available below in a new paperback edition), was hailed by critics as a paradigm shifter at a time when art photography is increasingly staged or seems to hold the world at arm's length. This volume, which coincides with a touring European retrospective, appraises 25 years of Graham's work, from 1981 to 2006, tracking his steady expansion of our notions of what photography can say, be or look like.
ISBN: 386521858X
Publisher: Steidl
Hardcover : 376 pages
Language: English
Dimensions: 8.9 x 11 x 1.2 inches