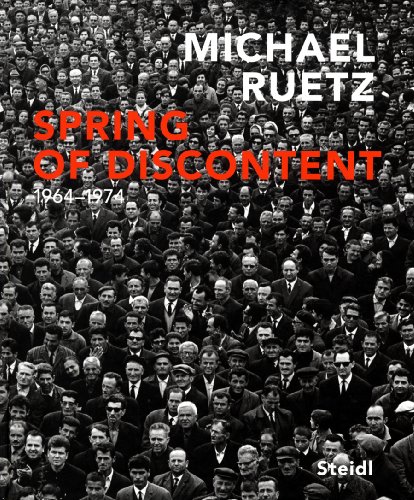 Spring of Discontent 1964-1974
by Michael Ruetz
Publisher's Description
Michael Ruetz is the major photographic chronicler of the period around 1968. Ruetz was more interested in the upheaval than in the students revolting in lecture halls and out on the street. The political earthquake and its consequences were documented not just at the epicenter but also on the edges – in Hamburg’s Kiez, the eastern half of Berlin, passers-by on the street and in the Third World. Unlike any other photographer, Ruetz caught the mood of the time, the political, artistic and intellectual climate change. Many of his photographs have become iconic images, firmly planted in our collective pictorial memory.
ISBN: 3865218660
Publisher: Steidl
Hardcover : 192 pages
Language: English
Dimensions: 9.7 x 11.4 x 1 inches