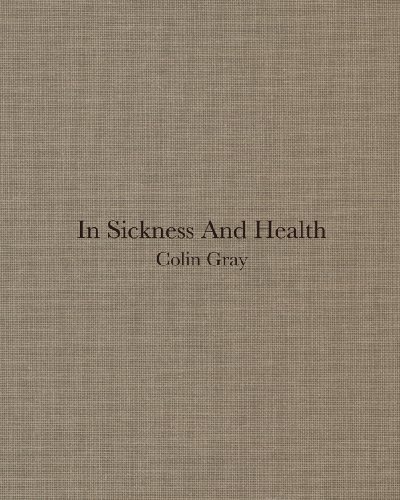 In Sickness and Health
by Colin Gray
Publisher's Description
Colin Gray began to take photographs of his parents in the 1960s when he was 5 years old. At family occasions, holidays and celebrations Gray would be allowed one shot from the single roll of film in a square box Brownie Twin. Over the next three decades he has accumulated an extensive body of work documenting his parents loving, working, homemaking and playing.

In Sickness and Health forms the final stages of The Parents series. Begun in 2000, it shows his parent’s deterioration and, ultimately, his mothers’ death. The hospital and church visits became more frequent, the ailments more serious, the drugs regime ever more complex. Whilst his father struggled with his new role as a carer, Gray found that his photographs helped make sense of the deterioration and loss he was experiencing. Having reached the age his parents were when he started the project, Gray now sees their history in his own future.
ISBN: 3865219403
Publisher: Steidl
Hardcover : 96 pages
Language: English
Dimensions: 7.8 x 8.5 x 0 inches