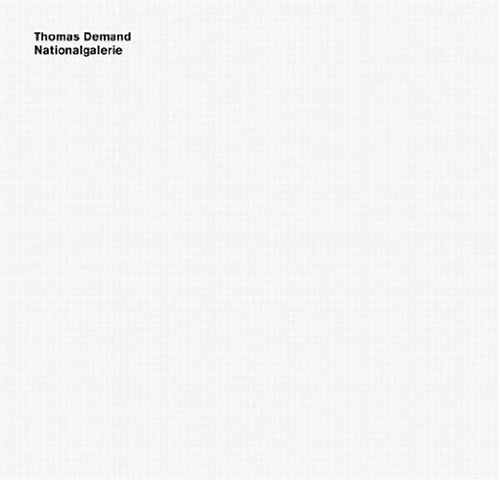 Thomas Demand: Nationalgalerie
by Walter Abish
Publisher's Description
Thomas Demand provokes confrontations between photography’s poles of fact and fiction. True-to-size paper models are photographed and then scaled down, while traces of event and person are systematically removed, leaving phantom images of the proposed “crime scene” that seem at once familiar and dreamlike. Demand’s 2009 Nationalgalerie (Berlin) exhibition and catalogue bring together his work on German history since 1945—a scrutiny of the “Deutschlandbild,” the “German image.”These reflections, reconstructed in photographs from a variety of scenarios in the postwar period, encourage the viewer to consider the complexity of the photographic document. Demand’s representations of the social and historical are introduced not as monoliths but as places of multiple possibility, halls of mirrors in which the viewer is forced to confront—rather than be fed—potential distortions. His concern for the pliability of human memory and the play between the central and peripheral image contributes to the vibrancy of his art. For Demand, the photographer’s accomplishment lies in “re-privatisating that which is constructed as a public opinion.”
ISBN: 3865219411
Publisher: SteidlMACK
Hardcover : 226 pages
Language: English
Dimensions: 11.8 x 11.3 x 1.2 inches