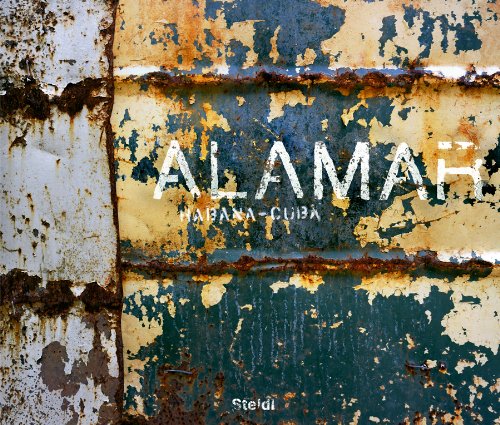 Alamar
by Mauro D'Agati
Publisher's Description
In the early 1970s the workers of the Fabrica Vanguardia Socialista, a steel smelting factory east of Havana, wrote to Fidel Castro about their need for apartments and houses. Out of this exchange a new city was born. Conceived by the same workers who would build it and live there, Alamar was planned as an example to the world of a socialist community. Ten years later, Alamar as we know it was completed. Built with passion by day and night, the result is excessive and amateurish. No two stairwells have the same height, nor are any of the walls square, and it extends over fifteen km2 between the Cojimar and Bacuranao rivers, the coast and the avenues that connect Matanzas and Varadero.

At some point in history Alamar was no longer a symbol of some Utopian dream. It now resembles a gigantic installation in which an artist wanted to represent the chaos and all of the mistakes of this failed experiment. Mauro D’Agati’s photographs look at that moment when the dream faded. Was it during the Period Especial, the years after the collapse of the socialist system? Alamar continues in these pictures to represent a unique moment in the history of the Cuban revolution.
ISBN: 3865219543
Publisher: Steidl
Hardcover : 156 pages
Language: English
Dimensions: 11.3 x 9.6 x 0.8 inches