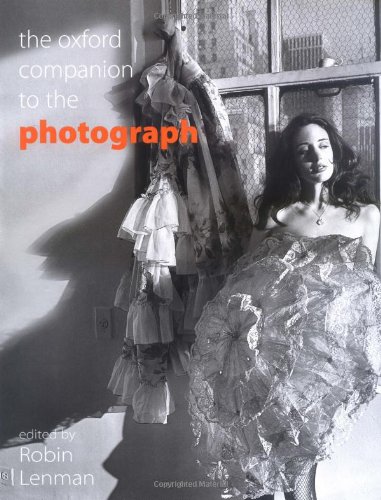 The Oxford Companion to the Photograph
by Robin Lenman
Publisher's Description
This is the first Oxford Companion to deal with the subject of photography. It appears at a watershed in the medium's history, as digital imaging increasingly dominates the global photography scene at both amateur and professional levels. In addition to a wide range of technical information, the book encapsulates in concise and readily accessible form the mass of recent scholarship on photography as a social and artistic practice, organized both thematically and geographically. There are over 800 biographical entries, both on photographers and on other individuals who have significantly influenced photographic culture from the early 19th century to the present. The book's scope is worldwide.

The book is extensively illustrated and includes many pictures never before published. The majority of the 1600-plus entries include suggestions for further reading. But the work's usefulness is further enhanced by the inclusion of an extensive bibliography, a chronology of photographic history, a list of important websites, and an index of people.
ISBN: 0198662718
Publisher: Oxford University Press, USA
Hardcover : 792 pages
Language: English