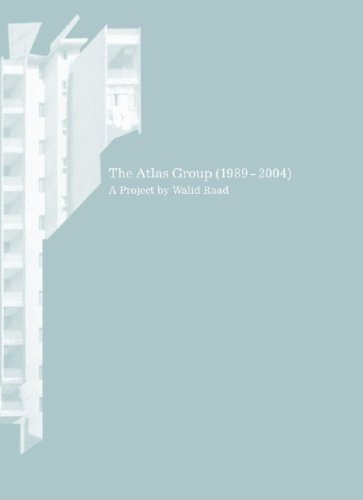 Walid Raad: The Atlas Group 1989-2004
by Kassandra Nakas
Publisher's Description
Walid Raad founded the Atlas Group in 1989 to (ostensibly) document the contemporary history of Lebanon, particularly its civil war of 1975-1990. This archive brings together found and produced photographic, audio-visual and written records, including snapshots from the private albums of the (fictional) Lebanese historian Dr. Fadl Fakhouri and the videotapes of Souheil Bachar, who was (allegedly) a hostage in Beirut in 1985. Raad's works are characterized by an aura of the documentary, all the better to fracture their credibility; to question the authenticity of the written, pictorial and audiovisual document; and to ask how history-in particular history marked by the trauma and the contradictory narratives of civil war-can be represented. Raad was born in 1967 in Chbanieh, and lives in New York and Beirut. The Atlas Group includes 11 photographic and video works from the last 10 years and two new photo series.
ISBN: 3865601456
Publisher: Walther Konig
Paperback : 128 pages
Language: German