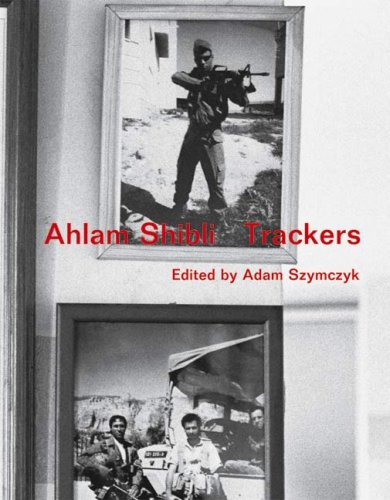 Ahlam Shibli
by Adam Szymczyk
Publisher's Description
From January to July of 2005, photographer Ahlam Shibli, born in Palestine in 1970, followed the young Palestinians of the Israeli army, soldiers of Bedouin descent deployed in tracking units at borders and in the occupied territories. The banal and unheroic moments she recorded, while the men were resting or waiting for something to happen, are set alongside images of destroyed houses and decayed infrastructure, cemeteries where Palestinians who died fighting against Israel are buried beside those who fought on its behalf, and the villages from which the men come and to which they will return. Shibli's portraits are understanding and her subjects forcefully portrayed, but their loyalty to the state of Israel touches a sore spot, and highlights certain divisive questions about how the Palestinian community can move forward. What might it mean for these young men to serve in the Israeli army? In Shibli's words, what is 'the price a minority is forced to pay to the majority to be accepted?'