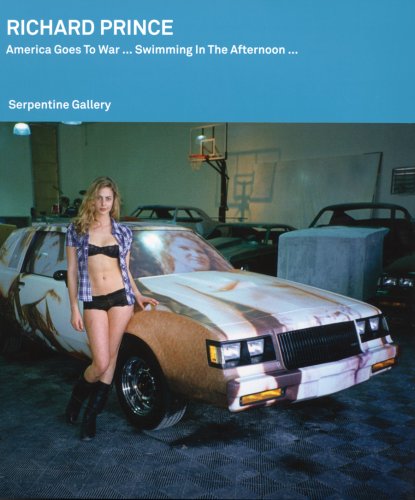 Richard Prince: America Goes to War, Swimming in the Afternoon
by Richard Prince
Publisher's Description
One of the most innovative and influential artists of our time, Richard Prince can be variously described as a painter, photographer, sculptor and collector. His work makes use of an eclectic range of approaches to explore his fascination with Americana, pop culture, art, literature and language. This volume, published to accompany his 2008 exhibition at London's Serpentine Gallery, is envisioned as a continuation of Prince's major 2007 retrospective at the Solomon R. Guggenheim Museum in New York-albeit in a smaller and more personal setting. Prince leads the book off with an essay that was first published in Art in America in 1988. Entitled Bringing It All Back Home,' this text serves as the introduction for what is essentially an autonomous artist's book filled with photographs of his works and installations. An end section on different paper features additional texts and a list of exhibitions.
ISBN: 3865604935
Publisher: Walther Konig
Paperback : 128 pages
Language: English