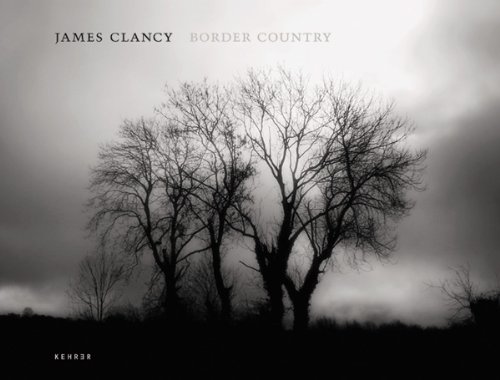 James Clancy
by James Clancy
Publisher's Description
'Border Country' is not a real place, but »depicts« instead an inner landscape in the mind of photographer James Clancy. He searches the outdoors for images that correspond with his own emotional states, otherwise impossible for others to grasp. In sometimes mystical-looking black-and-white photographs, Clancy shows secluded forest clearings, dilapidated dwellings that still harbor the remains of human habitation, paths leading to an unknown destination. Strange plant structures, traces of dirt, rust and dust, and the play of light and shadow create captivating invented worlds, fusing real and imagined imagery. Border Country has already toured several European cities and will be exhibited in Finland and Berlin in 2011.

»Photography, like so much in life, works in mysterious ways – for me, anyway. And for me the only grand plan is that there is no grand plan. There are, of course, lots of little plans, most of which lead straight into the sand. It’s all a matter of going on, taking the best photographs I know how and waiting patiently for explanations to emerge.« James Clancy
ISBN: 3868281932
Hardcover Language: German