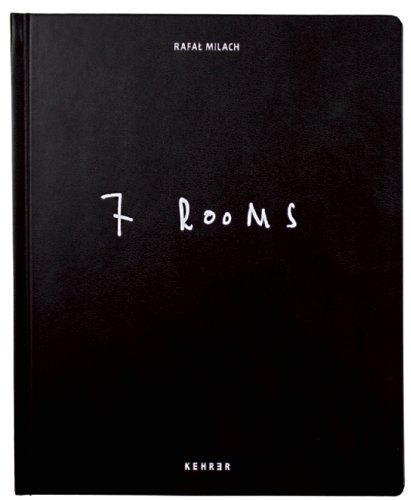 7 Rooms
by Rafal Milach
Publisher's Description
„Milach’s search is the kind which is almost impossible to visualize. And yet, what he has here, is a fascinating and subtle journey into the loss of direction, into the sad and beautiful connection with your country.' Liza Faktor

Over a period of several years, Polish photographer Rafal Milach accompanied with his camera seven young people living in the Russian cities of Moscow, Yekaterinburg and Krasnoyarsk. In intimate pictures, he portrays a generation caught up between the mentality of the old Soviet regime and the up-and-coming Russia of the Putin era. In this album, bound in highgrade synthetic leather, these snapshots of contemporary Russian life are accompanied by sensitive interviews with those portrayed.

Rafal Milach (b.1978) works as a freelance photographer for various Polish magazines, such as Newsweek (Poland), Polityka and Przekroj. For the past ten years, his art projects have frequently taken him to the region of the former Soviet Union. He has won multiple awards for his work, among them the World Press Photo Award and New York Photo Festival Award. Milach is co-founder of the photographers’ collective »Sputnik.«
ISBN: 3868282653
Publisher: Kehrer Verlag
Paperback : 152 pages
Language: English
Dimensions: 0 x 0 x 0 inches