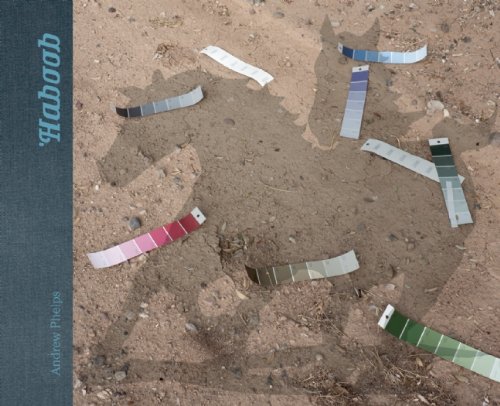 Haboob
by Andrew Phelps
Publisher's Description
'Systems and structures reveal the most about themselves at the point when they are about to break.' Lewis Baltz With 'Haboob' photographer Andrew Phelps picks up again where his photo series 'Higley' left off, which was published in 2007 by Kehrer Verlag. Higley, a small town in Arizona that was once devoted to agriculture, was gradually engulfed by the explosive growth of the neighboring metropolis of Phoenix, and ultimately disappeared from the map altogether in 2007. Rural structures dissolved, replaced by shopping malls and faceless developments of new detached houses; village roads became broad and showy boulevards.

Returning just a few years later, however, the photographer came upon a completely different scene. The financial and real-estate crisis put an abrupt end to the building boom, and the idyllic suburban dream was shattered. The destructive sandstorms typical for Arizona’s desert landscape, known as haboobs, now sweep through the deserted streets, a symbol of the fear and anxiety gripping today’s American middle class. Andrew Phelps takes a very personal look at the global plight, at what remains of the American dream when the capitalist facade caves in.