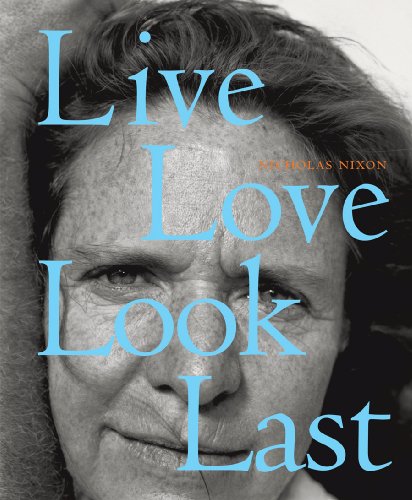 Live, Love, Look, Last
by Nicholas Nixon
Publisher's Description
An early associate of the New Topographics movement, Nicholas Nixon (born 1947) achieved fame for his widely exhibited ongoing project The Brown Sisters (begun in 1975), for which he has made one black-and-white portrait per year of four sisters, one of whom is Nixon’s wife. Nixon’s Live, Love, Look Last brings together similarly intimate photographs from the past decade. Each of the series presented—Nixon’s family, couples, Boston cityscapes and critically ill patients—originated as a project of its own, but Nixon soon realized that the four independent series collectively articulated his continual effort to simply render life’s most intimate moments, and so has gathered them here. Nixon brings a moving candor to his sense of portraiture, and takes care to strike a balance between “on the one hand, getting the picture I want, and on the other, having (his subjects) like the experience. I don’t want them to feel like I’ve taken anything they don’t want to give me.”Unflinchingly honest in his approach, Nixon explores the relationships between individuals and their environment, and how these bonds are affected by birth and death.
ISBN: 3869300264
Publisher: Steidl
Hardcover : 116 pages
Language: English
Dimensions: 9.8 x 11.8 x 0.8 inches