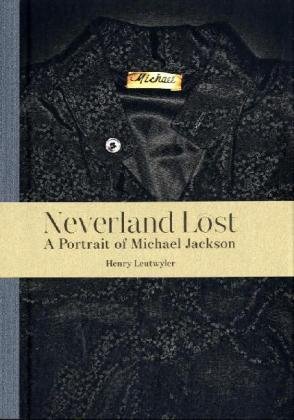 Neverland Lost: A Portrait of Michael Jackson
by Henry Leutwyler
Publisher's Description
Prior to Michael Jackson’s death, Henry Leutwyler photographed crates of artifacts removed from Jackson’s Neverland ranch in California. The resulting series of photographs document the inner turmoil of the public person who chose to model his private life on Peter Pan and the Lost Boys – children who never wanted to grow up. Leutwyler’s unemotional portraits are almost too intimate to behold, but when one digs beneath the surface, what emerges is the profound truth of a star’s sequestered reality. Leutwyler’s photographs unearth the “Lost Boy” forced to leave Neverland, and now these still lifes are as close as anyone will ever get to what Jackson once had, and ultimately left behind.

“I have an urge to investigate people I have never met” says Swiss-born Henry Leutwyler. With twenty-five years experience creating portraits that document the famous and powerful, he has turned his gaze on the belongings that surround the individual. A self-taught youth who began his career by photographing “cheese and chocolates”, Leutwyler is a visual archaeologist. His work drills deep, allowing the objects to reveal more than the subjects themselves.
ISBN: 3869300507
Publisher: Steidl
Hardcover : 96 pages
Language: English
Dimensions: 8.7 x 11.7 x 0.6 inches