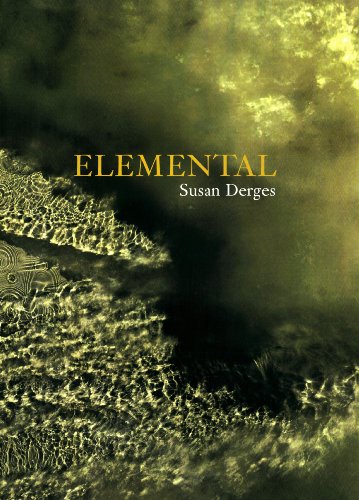 Elemental
by Susan Derges
Publisher's Description
British artist Susan Derges engages with themes of alchemy, testing the inter-relation between the elements of fire, water, earth and air. Her beautifully crafted images reflect a holistic system that encompasses the human psyche and finds its metaphors through the natural world.

From 1980–86 Derges lived and worked in Japan, introducing the influence of Japanese minimalism which she combined with her discovery of ‘camera-less’ photography techniques. Her first major series, Chladni Figures, was created by sprinkling powder onto photographic paper made to vibrate with sound, making visible the shapes of invisible sound waves. Subsequent series continued to explore hidden forces and cycles of nature and her most frequently recurring subject is water. She captures the interference patterns in flowing rivers, the energy of waterfalls and breaking waves and the states of water from ice to cloud, from the solid to the intangible. Derges often uses the landscape at night as her darkroom. She submerges large sheets of photographic paper in rivers and uses the moon and flashlight to create the exposure. These images can appear abstract from a distance yet highly descriptive when seen close up. They confound a sense of orientation, questioning what is above or below and implying a dialogue between the microcosm and the macrocosm, or matter and spirit.

This book, edited by Martin Barnes, Senior Curator at the V&A, gathers together all of Derges’ major series to date and the key texts about them. Drawing from twenty-five years of work, the chronological sequence is creatively rearranged by the artist and grouped according to the four elements and the transitions between them.
ISBN: 3869301503
Publisher: Steidl
Hardcover : 240 pages
Language: English
Dimensions: 9.5 x 13.3 x 1.1 inches