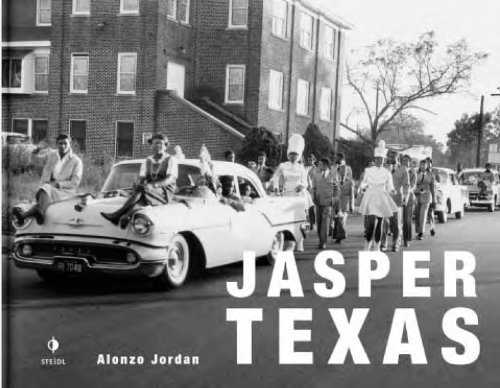 Jasper Texas Community Photographer
by Alan govenar
Publisher's Description
Alonzo Jordan worked for forty years as a photographer in Jasper, Texas, a small town that was little known until the brutal murder there of a forty-nine-year-old African American named James Byrd by three white males on June 7, 1998. While Jordan died in 1984, his photographs offer new insight into the social and cultural milieu in which Byrd grew up and spent his entire life, but perhaps, more enduringly, illuminate the intrinsic power of the image to shape perception. Jordan’s photographs are windows into an unseen world. A barber by trade, he took up photography to fill what he perceived as a need in his community. He understood the ways the photographic image could imbue its subject with a greater sense of meaning and bolster self-esteem.

Historian Alan Governar has been recovering and documenting the work of African American photographers for more than a decade. Working with Jordan’s widow, he has preserved the thousands of negatives and prints that Jordan produced over the course of his career. Jasper, Texas, which accompanies an exhibition at the International Center of Photography, presents a selection of Jordan’s work, documenting the everyday life of several generations of Jasper’s African American residents.
ISBN: 3869301511
Publisher: Steidl
Hardcover : 160 pages
Language: English
Dimensions: 12 x 9.5 x 0.7 inches