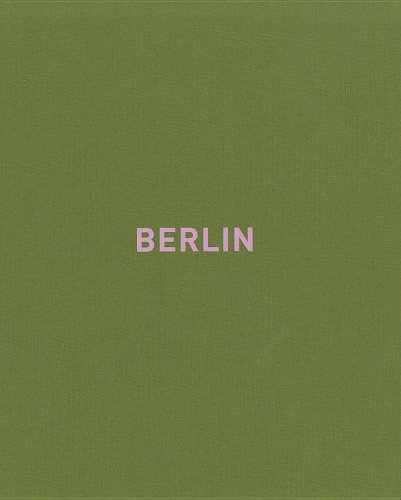 Berlin: Mitch Epstein
by Mitch Epstein
Publisher's Description
“Berliners have chosen to leave traces of the worst of themselves in their architecture and landscape. They have understood what a largely amnesiac America has not: reform relies on memory.” Mitch Epstein

In 2008 Mitch Epstein won the Berlin Prize in Arts and Letters and was awarded a six-month residency at the American Academy in Berlin. Epstein proudly accepted the offer and initially planned to read and reflect in the academy’s comfortable surroundings. But he could not ignore the call of contemporary Berlin for long.

As a Jewish-American whose relatives died in the Holocaust, Germany has since held an uneasy resonance for Epstein and his family. Epstein set out to confront this past by photographing the remnants of Berlin’s war and postwar histories. The resulting images – including the Sachsenhausen concentration camp, fashion billboards at Checkpoint Charlie, the Jewish Memorial at Potsdammer Platz and the Dalai Lama speaking at the Brandenburg Gate – reveal Berlin’s present to be a fraught accumulation of the layers of its past.
ISBN: 3869302240
Publisher: Steidl
Hardcover : 72 pages
Language: English
Dimensions: 10.2 x 12.2 x 0.7 inches