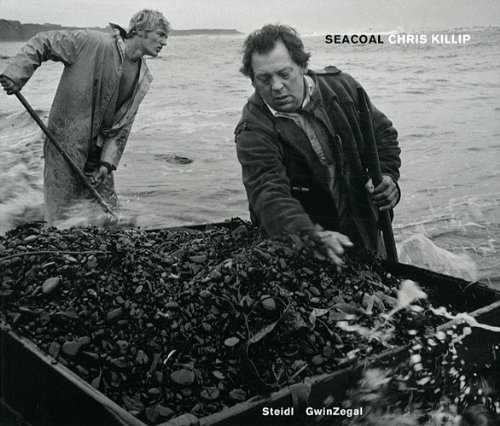 Seacoal: Chris Killip
by Chris Killip
Publisher's Description
“When I first saw the beach at Lynemouth in January 1976, I recognized the industry above it but nothing else I was seeing. The beach beneath me was full of activity with horses and carts backed into the sea. Men were standing in the sea next to the carts, using small wire nets attached to poles to fish out the coal from the water beneath them. The place confounded time; here the Middle Ages and the twentieth century intertwined.”

Chris Killip began photographing the people of Lynemouth seacoal beach in the north east of England in 1982, after nearly seven years of failed efforts to obtain their consent. During 1983 to 1984 he lived in a caravan on the seacoal camp and documented the life, work and the struggle to survive on the beach, using his unflinching style of objective documentation. Fifty of the one hundred and twenty four images published here, were first shown in 1984 at the Side Gallery in Newcastle and others were an important element of Killip’s ground-breaking and legendary book In Flagrante, published four years later.