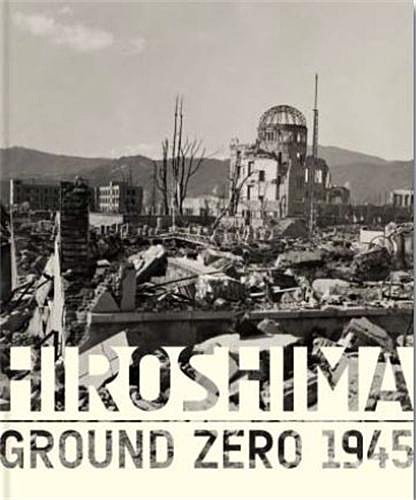 Hiroshima: Ground Zero 1945
by Erin Barnett
Publisher's Description
On 6 August 1945, the US government dropped an atomic bomb on Hiroshima. This was the first wartime use of a nuclear weapon, and along with the bombing of Nagasaki three days later, heralded the surrender of Japan and the end of World War II. After the dust had settled, President Truman dispatched military personnel and civilians to photograph the destruction. Nearly seventy years later, Hiroshima: Ground Zero 1945 presents a selection of these once confidential images alongside critical texts.

1,100 photographs were taken, and 865 of them published in the classified report The Effects of the Atomic Bomb on Hiroshima, Japan (1947). Today, 700 of these images are part of the permanent collection at the International Center of Photography. Hiroshima: Ground Zero 1945 is testament to this shameful, haunting episode of the twentieth century and the role of documentary photography within it, and is the latest phase in ICP’s ongoing investigation of the unacknowledged histories of photography.
ISBN: 3869303344
Publisher: Steidl
Paperback : 248 pages
Language: English
Dimensions: 10 x 12 x 0.8 inches