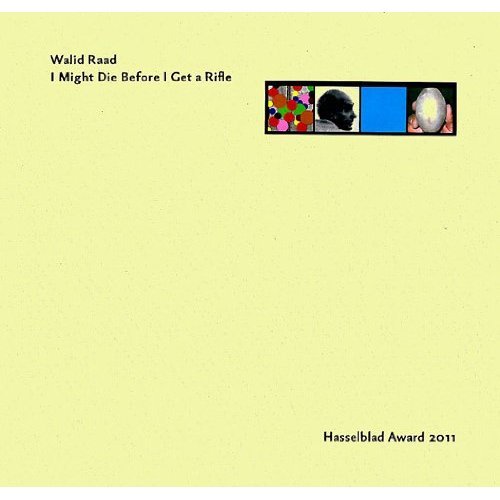 The Hasselblad Award is granted to “a photographer recognized for major achievements”. This may be an individual who has made a pioneering achievement in photography, who has had a decisive impact on younger generations of photo - graphers, or who has implemented one or more internationally significant photographic projects. Lebanese/American artist Walid Raad has been selected as the 31st winner of the Hasselblad Foundation International Award in Photography. The award was presented to Raad in New York on 8 March 2011. Each year an exhibition of works by the award winner opens at the Hasselblad Center in Gothenburg and a book is released. This year, as in the last four years, a book will be produced as a co-operation between the Hasselblad Foundation and Steidl.

Walid Raad is one of the most original and singular practitioners using photography today. His project “The Atlas Group”, in which Raad generated original ideas about the relationships between documentary photography, archive and history, has been widely acclaimed. In order to document and investigate Lebanon’s contemporary history, Raad has developed innovative methods of approaching war imagery and exploring political and social conflict. Raad’s work allows us to question the traditional iconography of war photography and speculate on visuality, memory and violence. The dead weight of this quarrel hangs contains several unpublished works from The Atlas Group project.
ISBN: 3869303360
Publisher: Steidl
Hardcover : 120 pages
Language: English
Dimensions: 11.5 x 10.8 x 0.7 inches