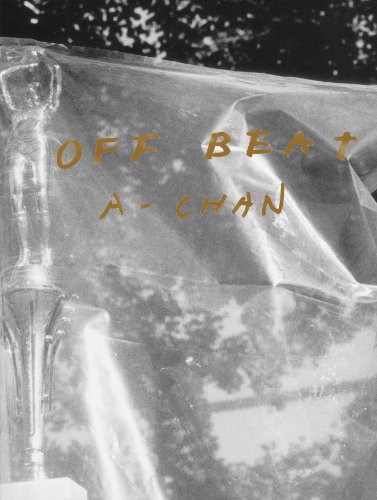 Off Beat
by A-chan
Publisher's Description
“I don’t listen to music while taking photography. Because I sing. I am wondering someday I could find someone who is singing the same song as me.”
A-chan

Off Beat presents photographs taken in New York City in 2008 and 2009, when A-chan began working with black and white film. The images were made in the same wandering spirit as those in Vibrant Home, also to be published this season by Steidl. A-chan explored the streets of New York, allowing her compositions to reveal themselves rather than searching for pre-determined motifs. Pigeons perched on a branch, the lyrical geometry of serviettes on a table, or the play of shapes created by a bus silhouetted against traffic: such is the material of A-chan’s restless, charming vision.
ISBN: 9783869304168
Publisher: Steidl
Paperback : 64 pages
Language: English
Dimensions: 7.4 x 9.7 x 0.4 inches