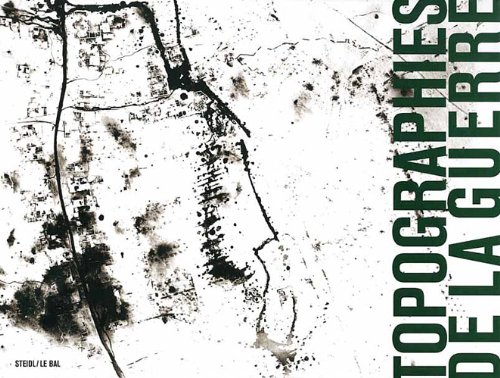 Topographies De La Guerre / Topographies of War (French and English Edition)
by Diane Dufour
Publisher's Description
Is it possible to represent war other than by images of combat, corpses and rubble? Topographies of War features photographic and video works that ignore confrontation, injury and death, and instead document war in a disembodied way through its sites, territories and built spaces. This book contains topographical essays that explore war through its geography, without denying the human cost of fighting. In terms of military strategy, such iconographic choices coincide with the increased use of simulation techniques and the spread of long-range weaponry, as well as with the military’s media censorship and the virtual impossibility for photographers and video-makers to operate freely on the ground. Has the territory of war become an abstract concept, an ideological construction, a given that cannot be represented? Topographies of War tackles this question through the work of Jananne Al-Ani, Luc Delahaye, Harun Farocki, An-My Le^, Paola De Pietri, Walid Raad, Jo Ractliffe, Till Roeskens, Eyal Weizman and Donovan Wylie.
ISBN: 3869304219
Publisher: Gerhagerrd Steidl
Hardcover : 95 pages
Language: French
Dimensions: 8.2 x 11.4 x 0.6 inches