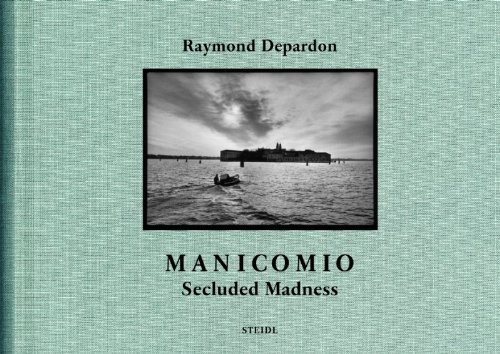 Manicomio: Secluded Madness
by Raymond Depardon
Publisher's Description
“In 1977, I met Franco Basaglia, director of the manicomico (lunatic asylum) at the hospital in Triest, who was also the leader of an alternative psychiatric movement. Taking advantage of the chaotic political situation in Italy at the time, he started to close several psychiatric hospitals with a group of doctors, and had ‘Law 180’ passed in 1978, which resulted in the definitive closure of the asylums. Franco encouraged me to take photographs of this reality, ‘If not, they will not believe us,’ he told me. With more than a hundred thousand people interned in psychiatric asylums all over Italy, the situation was indeed dramatic. He also introduced me to directors of other asylums in Venice, Naples, Arezzo and Turin. For four years, until the closure of the hospital on the island of San Clemente very close to Venice, I photographed these places of pain to preserve them in memory and to pay tribute to Franco Basaglia – who died from a sudden illness in 1980. My film about San Clemente came out in 1982, but it’s only now thirty years later – after a long pause – that I have finally edited and designed the photographic work that was begun all those years ago.” Raymond Depardon
ISBN: 3869305355
Publisher: Steidl
Hardcover : 208 pages
Language: English
Dimensions: 0 x 0 x 0 inches