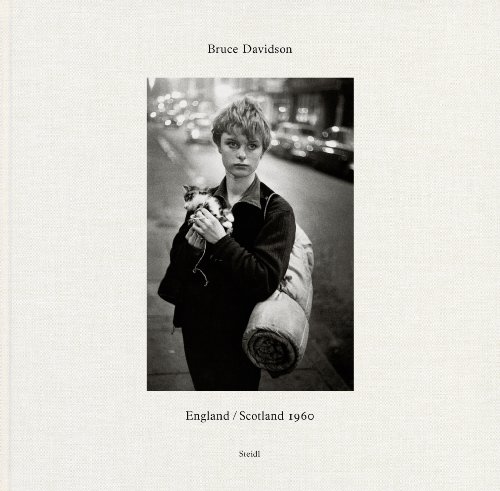 England / Scotland 1960
by Bruce Davidson
Publisher's Description
In 1960, after an intense year photographing a notorious Brooklyn street gang “The Jokers”, Bruce Davidson decided to remove himself from the tension and depression of that work. He received an assignment to photograph Marilyn Monroe during the making of John Houston’s The Misfits in the Nevada desert, and then travelled to London on commission for Queen magazine. Published by Jocelyn Stevens, Queen was devoted to British lifestyle and Davidson was charged, with no specific agenda, to spend a couple of months touring England and Scotland to create a visual portrait of the two countries.

England / Scotland 1960 offers a poetic insight into the heart of English and Scottish cultures. Reflecting a post-war era in which the revolutions of the 1960s had not quite yet entered the mainstream, Davidson’s photographs reveal societies driven by difference – the extremes of city and country life, of the landed gentry and the common people. Published for the first time in its entirety in 2005, this new edition has a larger ideal format chosen by Davidson initially for his Black & White (2012), and now the standard size for his future publications with Steidl.
ISBN: 3869305533
Publisher: Steidl
Hardcover : 144 pages
Language: English
Dimensions: 0 x 0 x 0 inches