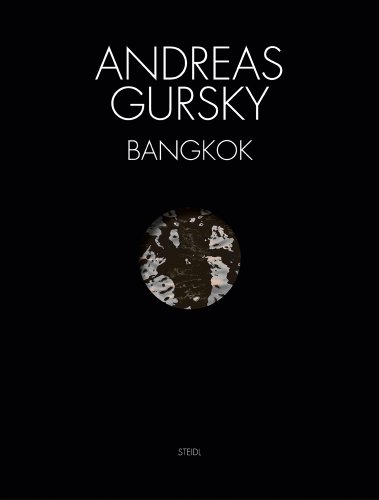 Bangkok
by Andreas Gursky
Publisher's Description
Andreas Gursky’s new Bangkok series forms the basis of this book. Gursky’s photos depict the dark, moving water of Thailand’s Chao Phraya river, whose shimmering surface possesses the qualities of abstract painting. Indeed these photos are reminiscent of some of the most recognisable examples of Modernist Abstraction such as the work of Hans Arp, but they also echo the more hostile patterns of military camouflage. Seductively beautiful on the first glance, it is only in time that the rubbish of civilisation becomes recognisable floating on the surface of the river – the flotsam of a threatening reality moving upon colourful reflections. Gursky alludes to the ecological problems that jeopardise Bangkok, and which shortly after these images were made, culminated in the widespread flooding that devastated great parts of Thailand.
ISBN: 3869305541
Publisher: Steidl
Hardcover : 112 pages
Language: English
Dimensions: 8.8 x 11.4 x 0.5 inches