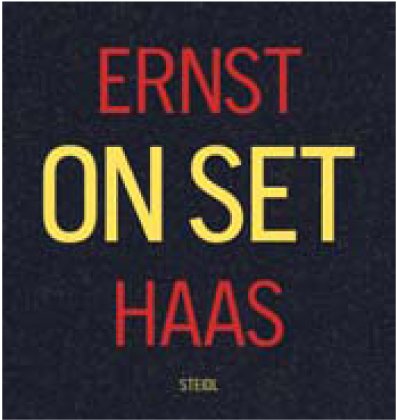 On Set
by Ernst Haas
Publisher's Description
This volume considers the film-stills of Ernst Haas, one of the most accomplished photographers of the twentieth century, transgressing the borders between static photography and the moving image. Haas worked with a variety of directors - from Vittorio de Sica to John Huston, Gene Kelly and Michael Cimino - covering movie genres from suspense (The Third Man; The Train) to the Western (The Oregon Trail; Little Big Man), and from comedy (Miracle in Milan; Love and Death) to musicals (West Side Story; Hello Dolly). While the photographic reference system known as the film-still has existed since the birth of cinema, inherent to the genre are precisely those parameters that are essential qualities of Haas' photography, and which interact in a striking manner with his images made independently of film. On the one hand, we find photographs documenting shoots and depictions of individual scenes. On the other hand, it is Haas' clear ambition to inscribe a temporal dimension into these images; to impose filmic principles into the stills which, viewed in a sequence, generate movement and narrative. Indeed, so great was his mastery of colour, light, and motion that Haas was frequently called upon to photograph large group actions - from the battle scenes of Charge of the Light Brigade and the dances of West Side Story to the ski-slopes of Downhill Racer. While adding a fascinating new take on the sets and the stars he photographed, Ernst Haas' On Set will also introduce readers to a little-known but crucial dimension in the work of this celebrated photographer.
ISBN: 3869305878
Publisher: Steidl
Hardcover : 424 pages
Language: English
Dimensions: 0 x 0 x 0 inches