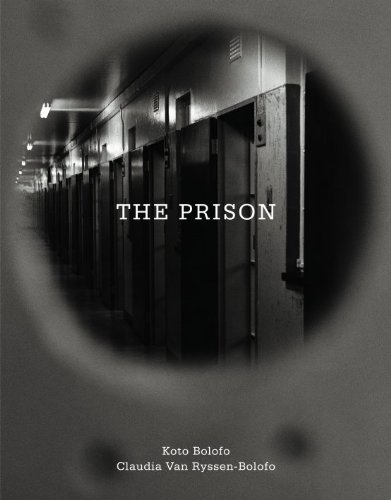 The Prison
by Koto Bolofo
Publisher's Description
Having left South Africa at the age of four as a political refugee with his parents, photographer Koto Bolofo returned to his home country with his wife in 1992, two years after Nelson Mandela had been released from prison. Bolofo got free access to the notorious and by now deserted prison of Robben Island, where Mandela had been held for the majority of the twenty-seven years of his confinement in a cell of barely 6 square metres in Section B. The photographer and his wife eagerly began documenting the site's abandoned interiors and surroundings, dreading the prison's potential closure. Meanwhile, it was converted into a well-frequented museum in 1997 and included on the World Heritage List by UNESCO in 1999. The black and white photographs of this volume conspicuously favour close-up depictions of details as opposed to general views: leftover items, barbed wire fences, spacious dormitories viewed through a spyhole, the key in the lock to Mandela's cell which is so tiny it cannot be taken as a whole-all this is conveying the gloomy sense of claustrophobia and suppression that characterise the place. The camera is constantly searching for the few rays of light that penetrate the ubiquitous grimness and silence of cruelty.
ISBN: 3869306009
Publisher: Steidl
Hardcover : 288 pages
Language: English
Dimensions: 0 x 0 x 0 inches