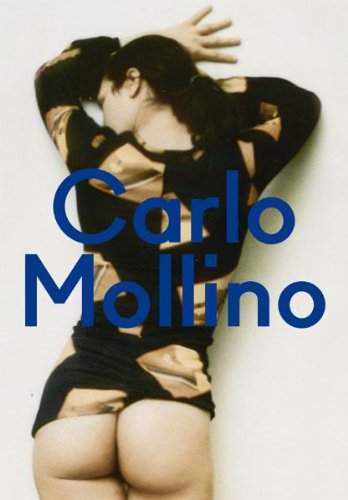 Carlo Mollino: Un Messaggio dalla Camera Oscura
by Gerald Matt
Publisher's Description
Carlo Mollino (1905–1973) was possessed of both tremendous energy and incredibly diverse abilities: famed as an architect and furniture designer, he was also a writer, photographer, race-car driver and downhill skier. His private life was no less intense. Mollino had a closely guarded obsession with erotic portraiture, and would regularly invite prostitutes from the streets of Turin to come to his home and pose for him. The scenes were carefully prepared: the models would dress (or partially undress) in costumes, accessories and wigs that Mollino had acquired on trips to France or Southeast Asia, and pose before backdrops of drapery, screens and sculptural furniture. Despite the furtive circumstances of their production, these portraits express the aesthetics of Mollino’s more public photographs, as the models appear more statuesque than pornographic. Likewise, the opulent interiors and opulent furnishings of Mollino’s private homes in Turin, the Villa Zaira and what is now known as Casa Mollino serve as crucial components of the compositions. In 1962, Mollino began to employ Polaroid film for these shoots, eventually making some 1,300 exposures before his death in 1973. Neither these nor the silver gelatin works that preceded them were published in his lifetime, and this is the first publication of these Polaroids.
ISBN: 386984244X
Publisher: Moderne Kunst Nürnberg
Hardcover : 220 pages
Language: English
Dimensions: 0 x 0 x 0 inches