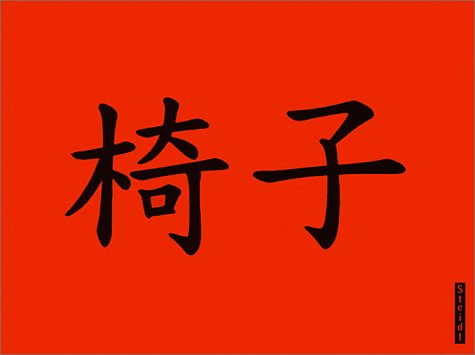 They are not elegant, nor are they always comfortable. But neither are they mass-produced: they are individuals. In China, the objects used for sitting are as manifold as the occasions for sitting. Each chair and stool has its own character, is a companion, a bastard, or a venerable elder. Their occupants sit close to the floor, introspective, watching the world go by, without the pressure of time. But a photographer trying to document such a scene quickly becomes the focus of attention: people passing by wonder what is going on; the person on the chair assumes a pose, though the intent was to catch him or her unawares. Michael Wolf's photographs document the beauty of the ugly, the stretching of time, the art of improvisation, and the nature of the stool as a portrait of its user. Sometimes, a photographed chair was immediately confiscated by its owner: having lost its anonymity by being singled out as a photographically noteworthy object, it became an object of embarrassment, too shoddy to come once again into the camera's viewfinder.

Born in 1954 in Munich, Michael Wolf lived in the United States between 1955 and 1973. He quit his studies at the University of California to study photography at the Folkwangshule Essen with Otto Steinert, and has worked as a photographer ever since. In 1987 he became a member of the photo agency VISUM, and, in 1995, moved to Hong Kong where he works for Stern magazine and on his own long-term projects.
ISBN: 3882436700
Publisher: Steidl
Hardcover : 160 pages
Language: English