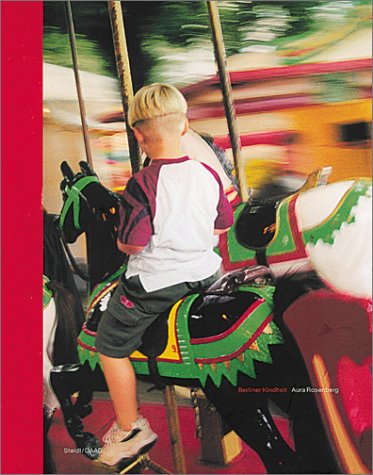 After leaving Germany in 1932, Walter Benjamin wrote Berliner Kindheit Um Neunzehnhundert, a collection of 42 texts that functions as a childhood memoir, distilling the poignancy of a lost childhood from vividly remembered places, things and experiences. Arriving in Berlin with her husband and young daughter in 1991, Aura Rosenberg was introduced to Benjamin's memoir, and found herself moving, uncannily, through the very spaces Benjamin once had. Her goal became to produce photos to match each entry in Benjamin's book. This volume of 160 pictures, juxtaposed with excerpts from Benjamin and accounts of her own investigation, is the result of her quest. What emerges is a multilayered allegory that offers a look back to the origins of modernity through the lens of contemporary Berlin.

Aura Rosenberg was born in New York. Her works are included in the collections of the Guggenheim Museum, the Cincinnati Museum of Art, and the Norton Foundation, Los Angeles. Head Shots, her first book, appeared in 1996. Rosenberg lives and works in New York and Berlin.
ISBN: 3882438126
Publisher: Steidl
Hardcover : 176 pages
Language: English
Dimensions: 9.5 x 11.8 x 0.8 inches