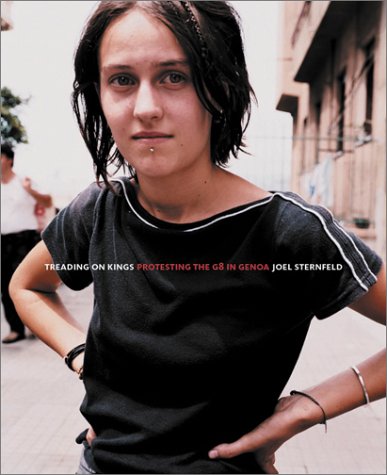 Four thousand journalists and photographers gathered in Genoa during the third week of July 2001 to cover the 26th meeting of the official discussion club of the leaders of the industrialized nations of the world: the G8. Among them was American photographer Joel Sternfeld, who came to Genoa as an artist with a commitment to planetary sustainability. What did those bannerwaving, song-singing, globally-wired 'anti-global protesters' actually want? Sternfeld set out to find out. Walking and running the streets with the demonstrators, photographing and recording the comments of individuals as circumstances allowed, he made the series of quick portraits and accompanying statements that forms the heart of this book. Speaking their own words, they give an understanding of the world of concerns that brought them to Genoa in the first place. In the final unfolding of events-the death of protester Carlo Giuliani and the terrifying Saturday night raid on the Genoa Social Forum, in which sleeping protesters were beaten, leaving pools of blood on the floor of the Armando Diaz School-Sternfeld understood the urgency of reporting what had occurred.
ISBN: 3882438371
Publisher: Steidl
Paperback : 96 pages
Language: English
Dimensions: 8.8 x 10.8 x 0.4 inches