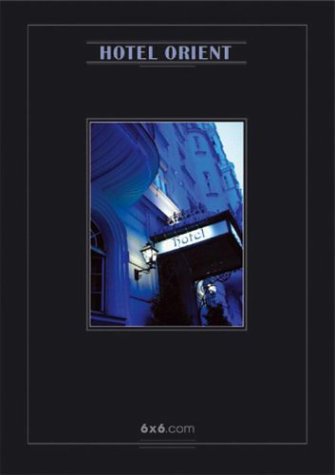 Hotel Orient (German Edition)
by Sylvie Blum
Publisher's Description
The semi-public nature of hotels exerts a fascinating effect on those who are apt to experiment with a variety of identities, who revel in secret, hidden personal facets or who wish to escape from the usual role expectations. This is especially the case when the establishment in question is one that lets its rooms by the hour. It is such a place that comprises the focal point-of-reference for Sylvie Blum’s latest project, Hotel Orient. With respect to its furnishings and ambience, this hotel located in Vienna corresponds to more refined demands with respect to the playing out of erotic fantasies; while its lure further comprises the way it captures the style of private salons from the turn of the last century, in which more-or-less anonymous pleasure seekers – always at the risk of scandal – pursued the realisation of their sexual desires. Even the last Austrian emperor is said to be numbered among those to have enjoyed the hospitality of this house. In 2002, men and women came together in the Hotel Orient in order to disclose their erotic wishes and dreams in front of the camera lens of Sylvie Blum, who herself was one of the protagonists. Allow yourself to be inspired by these passionate yet painstakingly composed photographs depicting the world of sensual fantasies, as well as by the innovative thematic idea linking the series: a fully mature opus by the photographer, Sylvie Blum.
ISBN: 3899040309
Publisher: 6x6.com
Hardcover : 152 pages
Language: English