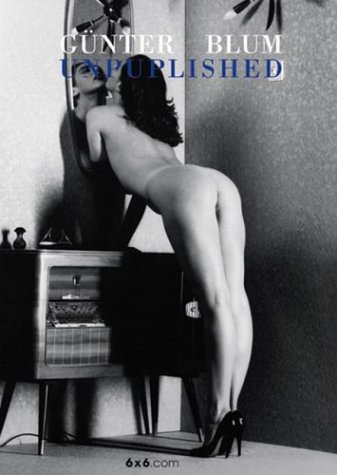 Gunter Blum Unpublished (German Edition)
by Gunter Blum
Publisher's Description
In the view of established critics, the photography of Günter Blum is to be considered as being on a par with the work of contemporaries such as Robert Mapplethorpe, Helmut Newton and Lucien Clergue. The present volume showcases photographs from the estate of Günter Blum that have never been published before. Its sheer quality and the artistry employed to exploit and manifest the creative possibilities of the medium of black-and-white photography ensures that the work of Günter Blum enjoys a high standing among collectors, as well as on the international art market and in the context of exhibitions in museums and galleries. Günter Blum’s principal subject was the female nude, which in terms of composition, pose, lighting and intention was occasionally portrayed in a manner close to the edge of erotic provocation. Without in any way detracting from its exacting artistic demands, the aesthetics of Günter Blum’s photographic work are such that every motif has the potential to appeal to a broad public interested in matters of an erotic nature. Unpublished vividly demonstrates the intense and passionate creativity Günter Blum, which was kindled anew by each subject which he singled out for his work.
ISBN: 3899040325
Publisher: 6x6.com
Hardcover : 144 pages
Language: English