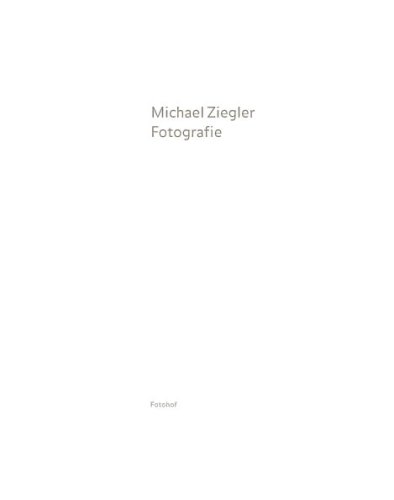 Michael Ziegler: Photography (German Edition)
by Michael Ziegler
Publisher's Description
A Zen koan of a book, this little gem from eminent photography publisher Fotohof features a couple of dozen exquisite color vignettes from Austrian photographer Michael Ziegler. The photos are smaller than postcard size, each centered on its white page. Each one captures a moment in time, a gust of wind through a curtain, a passing ray of sunlight reflected on a wall, a nipple glimpsed through a shirt. In Peter Weiermair’s essay, he aptly describes Ziegler as a “flaneur,” the French term for a person who wanders aimlessly on the street, looking at whatever catches his eye.
ISBN: 3902675039
Publisher: Fotohof Editions
Hardcover : 108 pages
Language: German