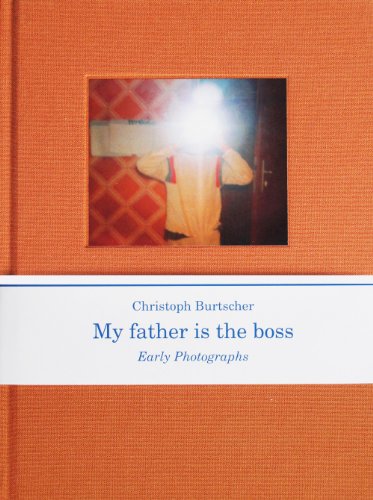 Christopher Burtscher: My Father is the Boss, Early Photographs
by Christoph Burtscher
Publisher's Description
“My father is the boss.” When Austrian photographer Christoph Burtscher was eight years old, in 1974, he began a school writing assignment with those words. In this two-part work, he has created a unique and engrossing photographic memoir, combining snapshots he took during the 1970s with facsimiles of school compositions. Truly from the child’s point of view, these works show the roots of the adult artist in the not-so-naïve photos and essays of young Christoph; as he wrote about his father, “He sells curtains. They are not all nice . . . My father has so many keys he doesn’t know which ones are which. He also sells nappies.” With a lucid essay on “The Little Photographer” by Anton Holzer.
ISBN: 3902675209
Publisher: Fotohof Editions
Hardcover : 112 pages
Language: English